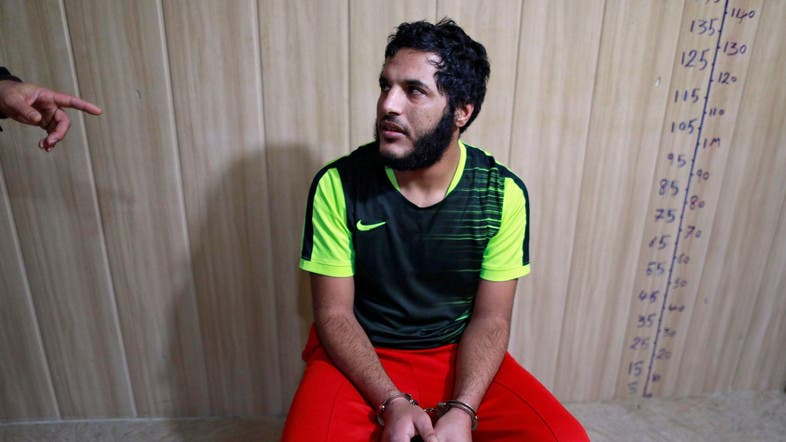 Kurdish intelligence authorities gave Reuters rare access to Hussein and another ISIS militant who were both captured during an assault on the city of Kirkuk in October that killed 99 civilians and members of the security forces. Sixty-three ISIS militants died.

Hussein said his emirs, or local ISIS commanders, gave him and others a green light to rape as many Yazidi and other women as they wanted.

“Young men need this,” Hussein told Reuters in an interview after a Kurdish counter-terrorism agent removed a black hood from his head. “This is normal.”

Hussein said he moved from house to house in several Iraqi cities raping women from the Yazidi sect and other minorities at a time when ISIS was grabbing more and more territory from Iraqi security forces.

Kurdish security officials say they have evidence of Hussein raping and killing but they don’t know what the scale is.

Human rights groups have chronicled widespread abuses by ISIS against the Yazidis.

Hussein said he also killed about 500 people since joining ISIS in 2013.

He recalled how emirs trained him to kill, which was difficult at first when one person was brought for a practice kill. It became easier day by day.

“Seven, eight, ten at a time. Thirty or 40 people. We would take them in desert and kill them,” said Hussein, an imposing, well-built figure, who was wearing metal handcuffs.

“I would sit them down, put a blindfold on them and fire a bullet into their heads,” he said. “It was normal.”

Counter-terrorism agents said Hussein was trouble when he first arrived. “He was so strong he snapped the plastic handcuffs off his wrists,” said one.

Hussein sees himself as a victim of hardship, a product of a broken home and poverty in his hometown of Mosul, where Iraqi forces have launched an offensive against ISIS to dislodge them from their last stronghold in Iraq.

“I had no money. No one to say ‘This is wrong, this is right.’ No jobs. I had friends but no one to give me advice,” said Hussein, who has been held in the cell with a barred window since his capture in October.

Religious slogans are scratched on its cement walls by previous militant prisoners. His only possessions are a thick blanket and a Koran. On the floor is a polystyrene plate with broth and some rice.

Thick, metal handcuffs hang on a nearby wall.

Hussein, now 21, began his career as a militant when he was just 14, he said. He was drawn to it by his local mosque preacher, then he joined al-Qaeda and now awaits legal proceedings as a member of ISIS, the successor of al-Qaeda’s Iraq branch.