Killer: Hicham Chaib on a “day out with the children of the martyrs”

This is ruthless Hicham Chaib, who has risen through the ranks of ISIS to become head of the terror group’s bloodthirsty religious police force.

The Belgian terrorist oversees the regime’s chilling campaign of amputations, beheadings, stoning and thrown people to their death if they fall foul of strict religious laws.

The 31-year-old travelled to Raqqa, the group’s de-facto capital, in 2013 and is now a feared and powerful figure in the ‘Hisbah’, or religious police.

He is so influential that ISIS uses him in propaganda videos in an attempt to lure other Belgians to join the twisted regime, which has cut a swathe of terror through Iraq and Syria. 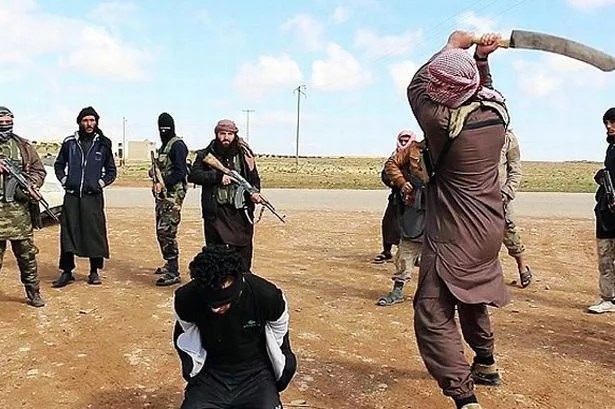 ISIS: One of the group’s horrific executions

Previously he was the bodyguard for Fouad Belkacem, the leader of a terror organisation called Sharia4Belgium.

Chaib and his wife Kaoutar Bioui fled to Syria to join ISIS after Belkacem was jailed. 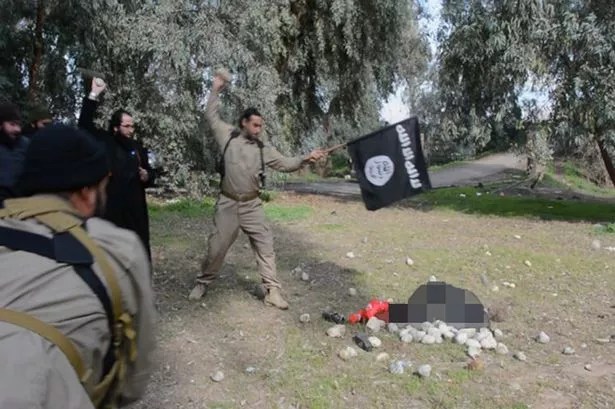 Brutal: Some victims are thrown from a roof, stoned to death and crucified

As well as carrying out executions for ‘crimes’ like pre-marital sex and homosexuality, the Hisbah also enforce bizarre laws like a crackdown on skinny jeans.

Any hipsters wearing the trendy jeans, listening to music on their mobile phones, or smoking, could be jailed by the terrorists for ten days.

They would also be forced to take an Islamic course and to stay in prison until they pass, it was reported in Raqqa, Syria.

The new laws were revealed by the anti-ISIS campaign group Raqqa is Being Slaughtered Silently (RBSS).