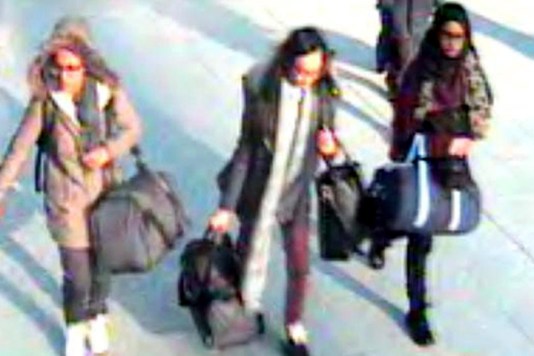 The three British teens who fled to Syria to shack up with ISIS have arrived at a Sharia camp in Raqqa.

“A lot of Questions is coming To our campaign about the 3 British girls,” the group tweeted. “They are in a Camp for Sharia but We do not care a lot about this Every day dozens of foreigners come to #Raqqa.”

The revelation of the girls’ whereabouts comes after authorities discovered that the trio had traveled by bus to Turkey’s border before eventually crossing into Syria. They were said to be “hosted by British girl who had been in contact with them through the Internet,”Sky News reports.

Sharia military camps are considered ISIS breeding grounds for children and young recruits — who undergo an array of terrorist training that includes “intensive weapon training” and “fundamentalist ideological education,” according to Raqqa is Being Slaughtered Silently.

The slower program consists of a 45-day boot camp and is enforced during periods in which ISIS is not involved in major battles. While terror recruits are there, they undergo “a brainwashing process” and are eventually shipped off to a three-month weapons camp, the activist group says. 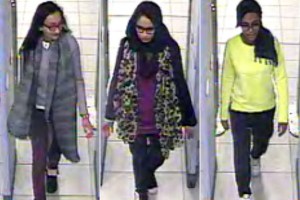 In comparison, the faster training program is held during times in which the Islamic State is engaging in large-scale battles. Wannabe jihadis will instead enter a 20-day Sharia camp, after which they join a month-long boot camp before being immediately thrust into battle.

Most of the youngsters who go through these speedy ISIS camps are killed off easily, though, due to the fact that they have little fighting experience and insufficient knowledge of real combat, according to Raqqa is Being Slaughtered Silently.

Begum, Abase and Sultana are just three people on a countless list of Westerners who’ve either joined or attempted to become part of the Islamic State. Most recently, two Australian teenagers were stopped by airport security over the weekend as they attempted to flee to the Middle East in hopes of shacking up with ISIS, CNN reports.

Authorities at Sydney Airport intercepted the brothers, ages 16 and 17, after they tried to pass through customs with return tickets to unnamed “conflict zones.” An additional search of their luggage also raised alarms and led officials to believe that the teens were heading abroad to wage jihad for ISIS.
“These were two misguided young Australians, Australian-born and -bred, who went to school here, grew up here, imbibed our values, and yet it seems they had succumbed to the lure of the death cult and they were on the verge of doing something terrible and dangerous,” Prime Minister Tony Abbott said Sunday. “My message to anyone who is listening to the death cult is block your ears. Don’t even begin to think you can leave Australia.”