ISIS always endeavors to bring down every one opposes it, and tries to detect crimes and excesses inside group hold areas, using all means to close mouths and the spread darkness .

Raqqa city north east Syria “Capital of Caliphate “as ISIS supporters like to call it, where the group has carried out the large part of its security operations, and tried to crack down civilians using all means to achieve its ends.

A great number from activists still detained inside ISIS prisons, without figure out their health condition or even they still alive, on charges related to infidelity and apostasy or secularism and other charges from the fiction of security members, only because they shamed ISIS crimes or solely opposed it by a word, and so by Security Office with the help of Media and Technical Office, which follows up activists on the ground and at the Internet to collect information about them and send reports to the Security Office, which in turn forms a secrecy cell to arrest the activist or killing him if they unable to catch him.

Forming groups aiming to establish pages and groups on Facebook claiming ISIS opposition, to communicate with activists whose working with fake names inside Raqqa city, to detect their real identities and then arresting them, after persuade the activist to work with them, by giving him a big amount of information which help to expose ISIS practices, this is the recent trick of the group.

Recent victim, a young man from Raqqa city, activates in reporting ISIS news and practices, where he communicates with a group aiming to document crimes and expose practices of the militant group, he has been persuaded to join them with a fake name without demanding any information about his real character, and after that they asked about his real name in order to send a sum of money as a reward for his efforts, and to buy a laptop to help him in work, but all of that were only lies, so the young man has been arrested in the same day and to unknown side on charges of fighting Caliphate and working for Crusaders. 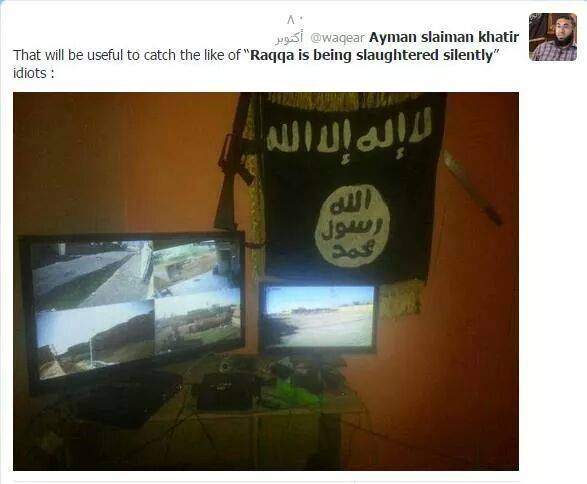 Deception One of ISIS Means To Capture its Opponents

Members of “Raqqa is Being Slaughtered Silently” have faced many of these attempts by young men claiming they have an important information about the group, and they in need to communicate with real people to give them this information, but the officials of technical section tracked the digital trace for those people, and discovered that they have entered the Internet from one of ISIS headquarters in Raqqa province, it appears that this group tried to communicate with journalists from Arab and Western nationalities to convince them to come to areas close to the group’s territories, and they will insure protection and all supplies for them .

Kenji Gotto, Japanese Journalist who has fallen in the trap of a plot which prepared by such group, where he has been lured to ISIS controlled areas, but it was not the end, so the pages and accounts at social media which established by the security members of ISIS might be large numbers in the next days, in view of successive crises experienced by the group. 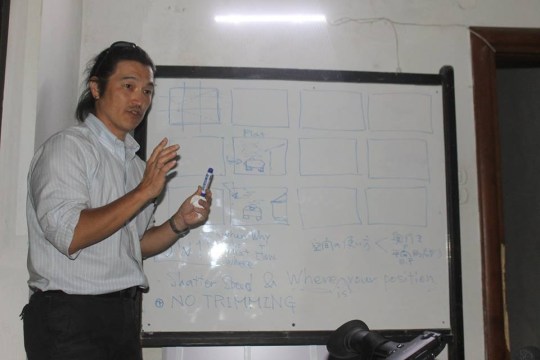 Kenji Goto in Aleppo, May 2014, during a training on photography and videography given for us for free Syria

Kenji Goto in Aleppo, May 2014, during a training on photography and videography given for us for free Syria

ISIS perhaps begins new tricks by this steps, after the impossibility of obtaining character information related to its opponents, and after the failure of its old methods, such as sending girls to entice activists and get to their information, where the foreign journalists considered a treasure for the group, so ISIS can prove the world opinion that the group is able to challenge great states, by executing them as it has done with a number of journalists recently.