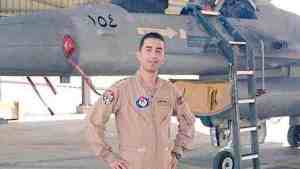 After dropping the international coalition warplane in the city of Raqqa and arresting of the Jordanian pilot Moath Kasasbeh, a considerable disagreement has happened among ISIS members, where some members want to kill the pilot for being one of the pilots of the Crusader alliance as described by ISIS, and who caused the kill of members of the group, and there must not be a bargaining on the sanctions application, in while other members want to swap the pilot.

disagreements and opinions has intensified within the attempts of Jordan to open channels with the group to release its pilot, ISIS has shown some softness in this topic, especially by delaying the kill of the pilot, and media interviews and pictures which published by the group which sends messages of reassurance to Jordan.

But when ISIS released the video which shows the threat of murder to the Japanese journalists in exchange for ransom, the disagreement has appeared and the sound became more clearer, where some of ISIS members regarded that there is an elusion and double standards, because the offense of journalists is not in the same level of the offense of Jordanian pilot, and the group has threatened to kill them, while who is considered as the most important enemy still alive.

Jordanian warplane has been dropped on December 24, 2014, when it was taking part in the military operation which carried out by the international coalition aircraft against terrorism, and the Jordanian pilot Moath Kasasbeh arrested in Alhamrat area east of Raqqa.

The members who argued to kill the pilot began to think about escape, and those members are divided into four parts:

The eliminations which has begun, raised the ire of the security office, which started to eliminate a number of members who accused ISIS group of infidelity, and who have become skeptical about the objectives of the group to apply the law of God.