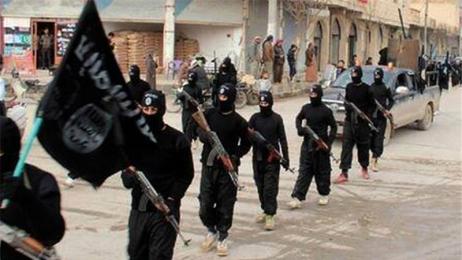 Residents fleeing Raqqa give testimonies of what life is like under ISIL.

A year since the Islamic State of Iraq and the Levant (ISIL) took control of its de facto capital, Raqqa, located east of Aleppo, locals say the group is taking on the trappings of a government.

But many of those who fled the city, told Al Jazeera that locals resent the group’s meticulous control over public life, and live in a state of constant fear.

“We hate them. Except for a few people who benefit from them personally, we do not want them around,” said a shop owner who moved to Turkey six months ago from Raqqa, asking for his name not be used.

ISIL is headed by Abu Bakr al-Baghdadi, the self-titled caliph, to whom all subjects, even school children, must pledge absolute allegiance. Daily affairs are run by at least nine ministries and governors in each of the 18 provinces under its control.

“People are afraid of them,” said Zubair, 27, a college student and photographer who left the city four months ago, but still keeps in touch with his parents and siblings living in Raqqa. “It’s a very sad life, there are almost no services at all. If you are walking in the street you can be forced to go pray at the mosque.”

ISIL, believed to run on a budget of around a million dollars a day most of which comes from smuggling oil, also collects taxes and utility payments in Raqqa. Zubair’s father, who owns a corner grocery store, pays ISIL about $200 a month as tax. Other businesses, located in more lucrative parts of the city, pay twice the amount. Services like electricity, phone, and street cleaning, cost each household about 500 Syrian pounds a month ($2.73).

Municipal workers are paid to maintain three major hydroelectric dams supplying power to Raqqa, but activists say much of the electricity is sold to the regime, leaving locals to cope with, on good days, four hours of blackouts every two days.

Anonymous, shop owner who moved to Turkey six months ago from Raqqa

Clean water in the city is increasingly hard to come by, partly because power stations, needed to run pumps, and filtration plants were destroyed during anti-ISIL coalition air strikes that began last September, killing hundreds of fighters, and scores of civilians.

While ISIL has occasionally raided aid supplies in other parts of Syria, a spokesperson for Raqqa Local Administration Council (LAC) in Turkey, an opposition body tasked with providing basic services in rebel-held areas, along with two aid agencies that send aid to the city told Al Jazeera that the group currently allows international aid in with little interference.

Women must currently see female doctors, except in cases where they are wounded and need emergency treatment. Last December, ISIL announced it would open a medical college for men and women, a move activists like Abu Muhammad, from the group Raqqa is Being Slaughtered Silently, say is meant to address a severe shortage of medical personnel.

“Almost all doctors have fled, because ISIL has executed anyone who treated fighters from other rebel groups,” said Abu Muhammad, who left the city in September, 2014, but keeps in touch with dozens of activists still in Raqqa.

Schools, which functioned even under rebel control, were closed in early January, after ISIL decided to rewrite the curriculum. “They want to cut out what they see as un-Islamic teachings from books,” explained Abu Muhammad. The decision took670,000 children, in Raqqa and Deir Ezzor governorates and parts of rural Aleppo, out of the classroom, according to the United Nations.

One of those effected is Zubair’s 13-year-old sister. “She wants to leave the city to continue her studies,” he said, “but ISIL is stopping her – they have a new law that says women under 30 cannot leave… My family is trying to leave the city, but cannot because my sister cannot leave.”

In what some activists say is an effort to keep the city’s population intact, ISIL has barred young women like Zubair’s sister from leaving the city entirely. Men are given more freedom to move, but at checkpoints on the roads leading out of the city, ISIL police meticulously checks their identities, stopping those that are wanted, or suspected of working for other rebel groups.

Each member of a group of special police called al-Hisba, is paid $300 a month to ensure adherence to ISIL laws in public.  “They go around teaching people the law, and catching those breaking it, for disobeying the caliph, like by missing prayers, or smoking,” Zubair said.

Music, aside from religious songs without instruments praising jihad, is banned. Police stop people on the streets to check their cellphones for inappropriate pictures, an offence that can earn a flogging.

At prayer time, al-Hisba men flood the streets. “It used to be that people were allowed to close their shops and pray individually there, but recently, al-Hisba has begun forcing men to go to the mosque for prayer in a congregation,” Abu Muhammad said.

Men are required to wear loose fitting pants, with hems falling above the ankles. “Some of the ISIL fighters have even started telling men to emulate their own example, [to] stuff your pants legs into your socks,” said Yaseen, a senior member of LAC. “Barbers are still cutting hair, they are usually afraid to cut beards, but for now, it is not required [to keep a beard].”

Markets are still frequented by women, but they must be accompanied by a male guardian – a husband, brother, or father, for example. Yaseen said that lately, women have adopted a covering that is stiff along the arms and chest. “We literally call it armour, when you wear it, when you move, your chest, your arms, it’s like they don’t move.”

Zubair and other locals say ISIL has formed a number of secret intelligence cells to root out dissenters and informants in the city.

“They go to each home and tell kids, 12 to 18 years old, they will get $50 for each person they turn in,” Yaseen said. “Like someone they see smoking cigarettes, for instance… Unfortunately many young people are becoming informants.”

ISIL has setup a special office to receive complaints from locals. “Once I saw a man get beaten up by police because he was told to close his shop for prayer time, but he said it was not time yet,” Zubair told Al Jazeera.

“Afterwards, he went and complained, and they [the judges] took the policemen and sentenced them to 30 days in prison.”

But in cases where ISIL members are involved, an objective decision is rare. “You always needed a personal connection in Syria, even under Assad. They have just changed the name of the system,” Abu Muhammad said.

For long-time activists like Abu Muhammad, ISIL now resembles the Assad regime. “Assad used to use secularism to impose his will on people, and now ISIL uses religion to impose its will on people.”